Shaken but not stirred.

FOOD
We had free hotel breakfast in the morning, lunch was frozen burritos and leftovers from the day before, dinner was at the Galaxy Diner in Hatch.

CAMP
We camped at the Riverside Ranch a mile before Hatch which I loved.

WEATHER
The weather forecast told us there would be wind gusts of 30-40mph starting around 10am so we tried to start early but knew we were going to be in for a potentially bad time.

Woke up in the morning to both of my tires being flat. Cool cool cool. Luckily I have the best bike pump AKA Robert’s arm and we were still out the door by 8AM.

Add this climb to one of the hardest climbs I’ve ever done in my life. Yes, it’s about 3900ft in 17miles which is tough on it’s own right. But Hwy 14 is also the main highway for all traffic through this pass so it means cars going over 50mph and a shoulder that is often non-existent. PLUS wind gusts often jolted me towards the cliff edge and blew dust into my eyes and as the temperature dropped into the 40’s at the top I was left with numb feet and hands. Just brutal.

Well 3hrs later we survived. And even though it was incredibly challenging mentally and physically, it is definitely do-able with patience. Just be careful.

After the climb, we started on a gravel road and was grateful to finally leave the cars behind.

There were sheep on this road and as we were taking photos and riding through, four Great Pyrenees came running towards us and barking! 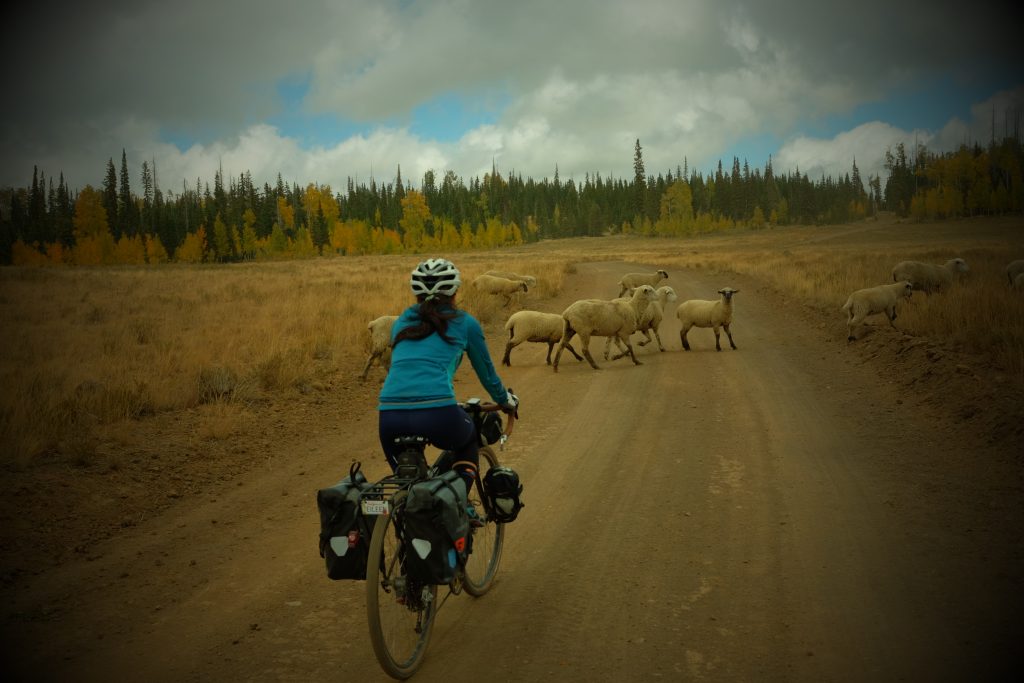 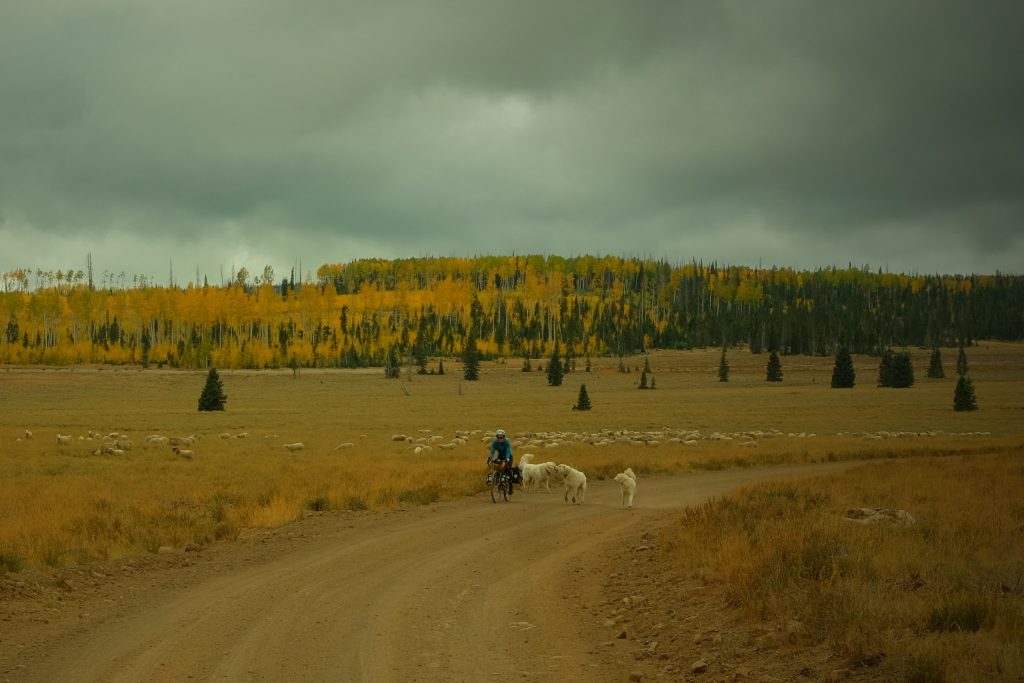 Since I  didn’t know if they were upset or excited, I kept riding through slowly. They didn’t seem aggressive so I wasn’t afraid of being bit, but having 4 large dogs bark in my face did make me want to get out of there. I do love dogs though and think they deserve a good belly rub for doing their job! We later read that they were sheep guard dogs and may have thought we were predators. Next time I’ll know to walk my bike and avoid the confrontation.

We eventually hit a section of the gravel that turned into large boulders. This would probably have been a fun technical challenge for someone with a lighter suspension bike, but I had to walk for fear of wiping out. It didn’t last very long though and soon I was back on the bike. We did see some off-road 4 wheelers on this section. 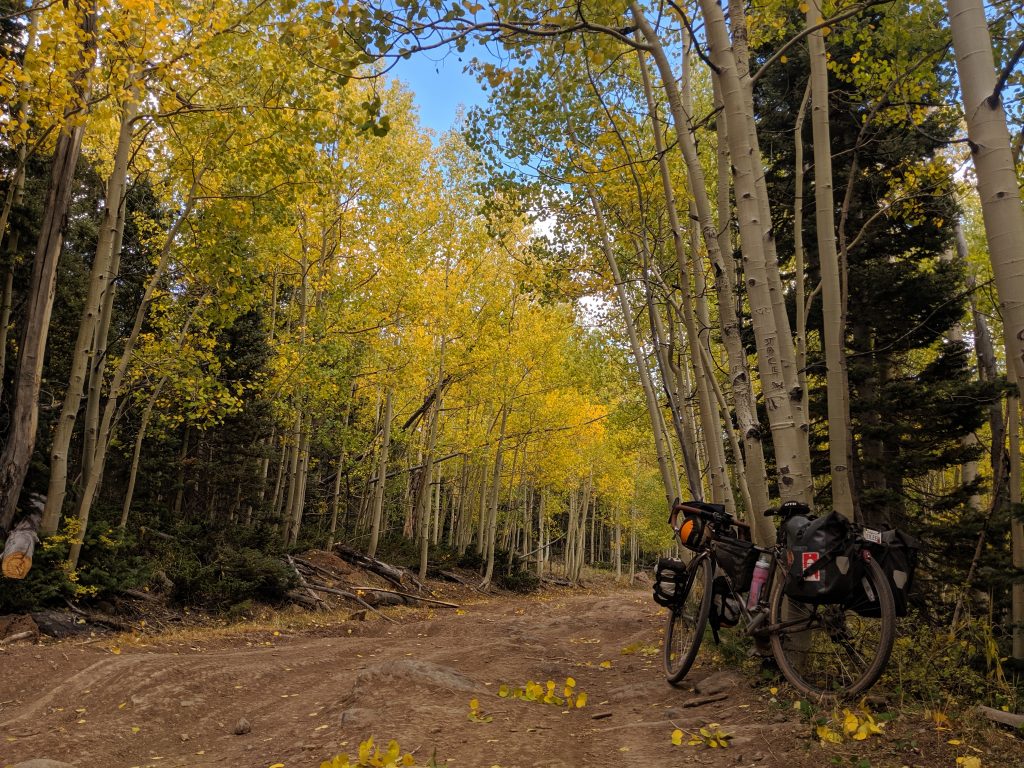 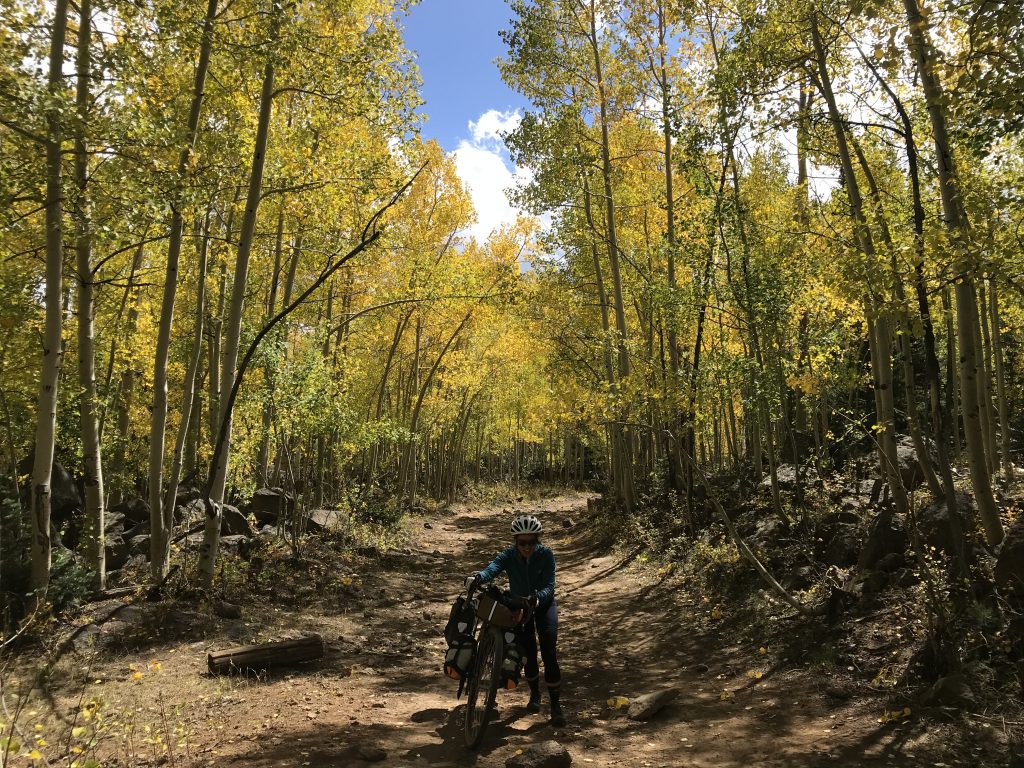 We arrived in Panguitch Lake and stopped in the general store to get some snacks and hot cocoa. We decided to continue on to Hatch since there wasn’t much going on around the lake and we heard Hatch was a nice town to visit. On our way out there were a lot of cars camping on the Forest Service Road 70. 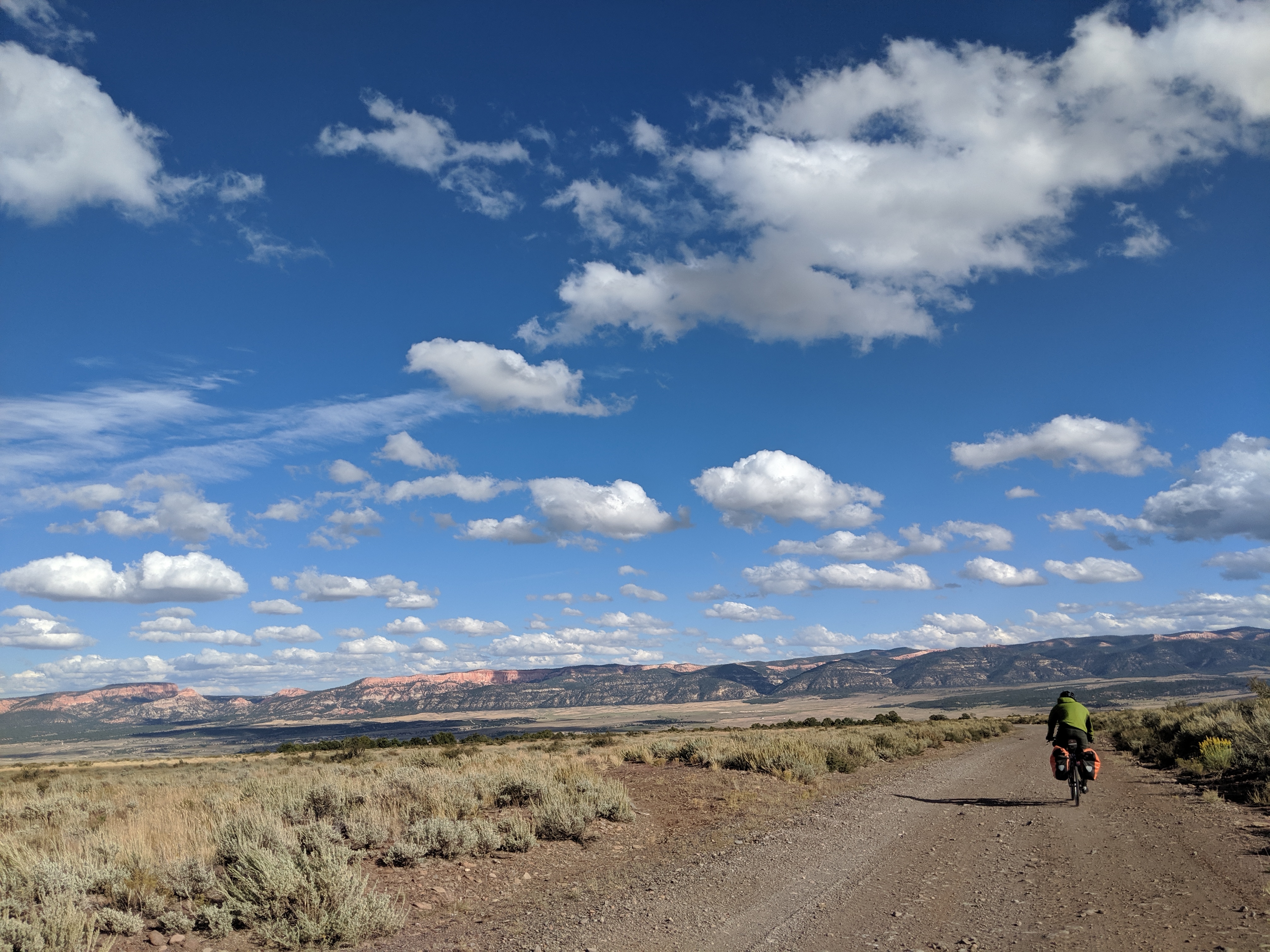 There was a climb out of Panguitch and I was feeling the exhaustion of the day catching up to me. I hit my lowest emotional state of the trip on this section because I was tired and my entire body felt like one giant bruise. But we eventually made it to the Riverside Ranch and were greeted with the warmest welcome by Jan and Mike. They were the loveliest couple and really made us feel at home. They gave us the campsite most protected from the winds that were still blowing strong and after we set up our tent, we walked a mile into town to have dinner and ice cream.

One awesome thing about RV campgrounds is they usually have hot showers. Riverside Ranch did not disappoint and afterwards we were out fast in snoozeland.