FOOD
Breakfast was served at the hostel for about $6. Lunch was at the Michi-no-eki at the top of Bihoro Pass. Dinner was at the Oe Honke Hotel (Onneyu Onsen) near the campsite.

LODGING
We camped at Rubeshibetsutsuji campground in Onneyu. However, it seemed like it was empty for the season since there was absolutely no one there but the bathrooms were open so we still decided to camp.

Since yesterday was cut short by the rain, we decided to try and combine two days into one today. We skipped the Tomisato Dam nearby and went directly for Bihoro.

In the morning, all the guests at the hostel were eating breakfast in the main room so we joined in. However, due to some miscommunication, we didn’t realize we had to pay in advance. So we apologized and paid the $6 and the employees were very kind about our mistake. The breakfast was delicious! Japanese breakfasts are more savory affairs than American ones. There’s fish, rice, soup, and veggies which I loved but had to get a bit used to the lack of pastries. 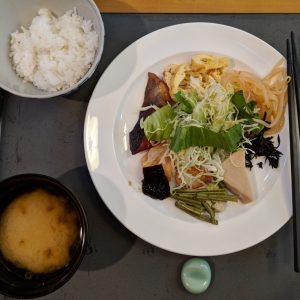 It was raining when we left. 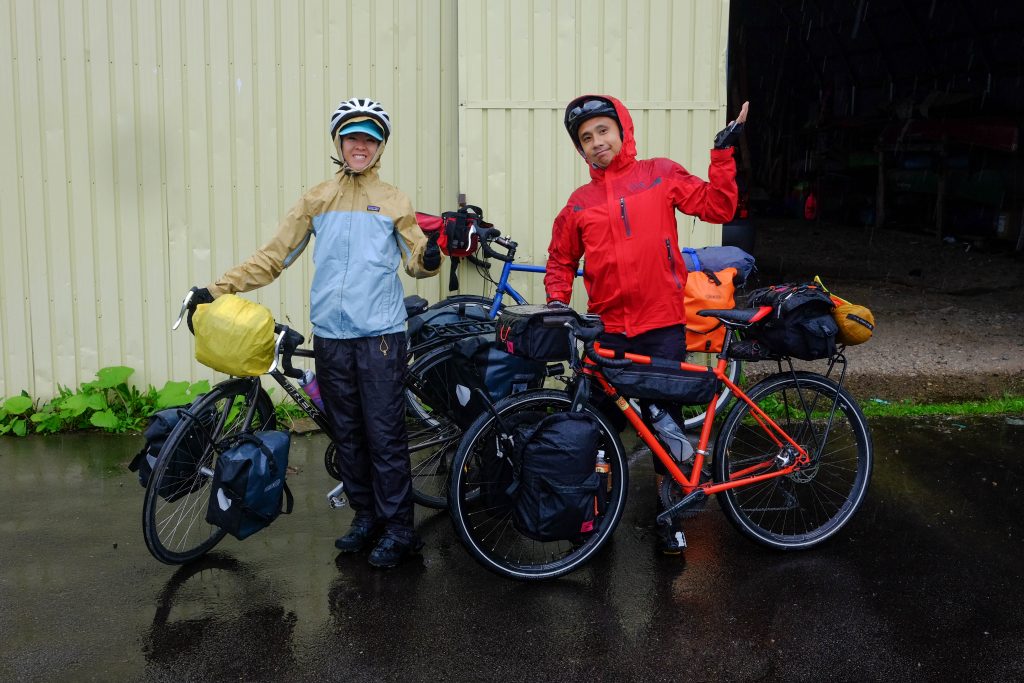 The climb out of Bihoro pass is about 5miles and 1000ft. 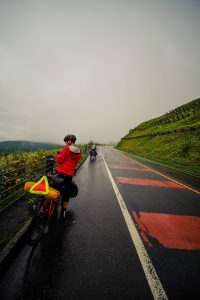 At the top, there is a Michi-no-eki (highway rest stop) that served “Japanese fast food.” There is a ticketing machine that you use to place your order and hand it to the workers at the counter. It was a little difficult because we couldn’t read the menu but google translate’s camera option was able to give us the gist of it. I read “tempura” and “udon” and I was sold!

The rest of the day was an easy cruise despite the rain. We stopped at a Homac (like a Home Depot) to pick up some chain lube because we didn’t have any and it was raining so much. (Airlines don’t let you take chain lube on the flight). 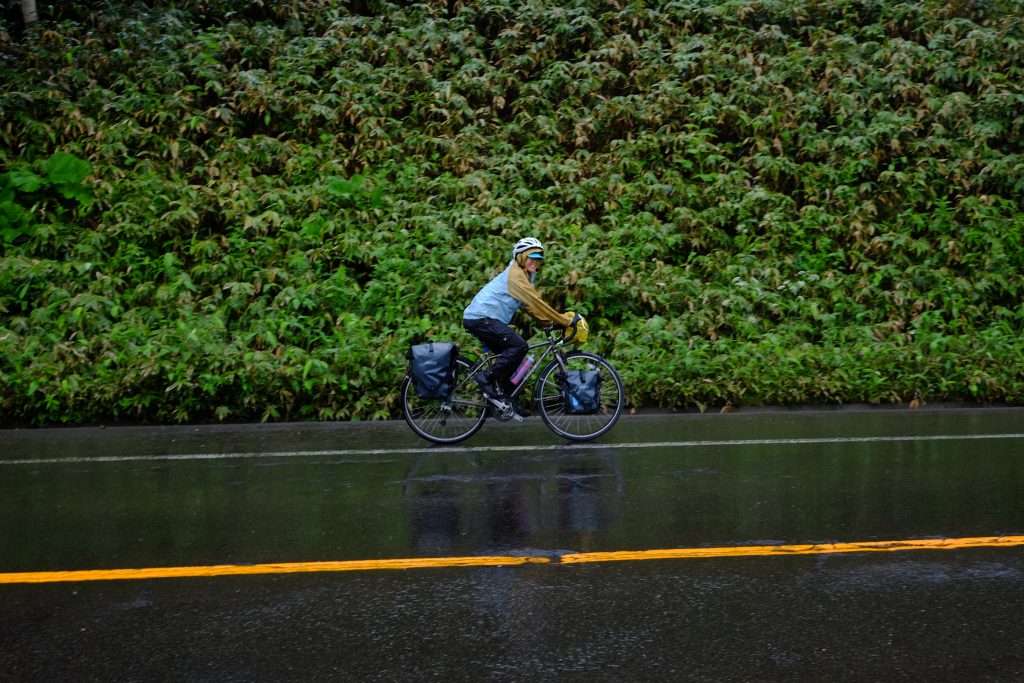 It started raining harder later in the day so by the time we arrived in the campsite everyone was soaked. This was bad news for me as my body temperature started to rapidly decline.

There was absolutely no one at the campground and we spent a few minutes circling it to try and figure out what we should do. Since darkness was approaching and we were all really cold, we decided to just setup our tents under the awning near the entrance to try and stay out of the rain. 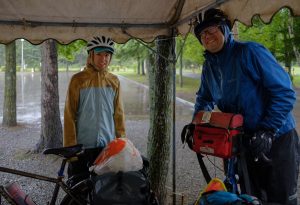 Once we had everything setup, I made our group go to the hotel nearby because my hands were completely numb and I was really worried about frostbite (I’ve read too many horror stories). We asked the staff if we could use their onsen and they were so helpful and kind even though we obviously looked like crap. Changing out of my wet clothes and going into the hot spa was amazing. I went from having a panic attack to being in peaceful bliss in about 10 minutes. The Oe Honke had a huge onsen…like 10 different types of baths (hot, cold, reclining, family, waterfall, outdoor…) It really felt like an upscale resort but I had it all to myself! I think their high tourist season must in the winter when people come to ski.

We had dinner at the hotel that served amazing tonkatsu curry with some interesting blue Abashiri beer. 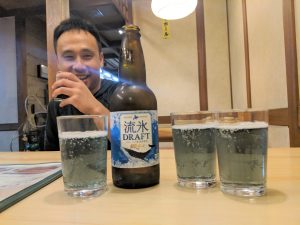 It was hard to leave but in the end we rode back to our little encampment for the night.